In December 2010, Nu-Calgon obtained a registration under Section 2(f) for the color "blue" for "cleaning preparation for air conditioning or refrigeration coils," but RTX Scientific petitioned for cancellation of the registration on the ground that the mark lacked acquired distinctiveness because "registrant’s blue design is widely used by a variety of manufacturers in the HVAC industry for both identical and a variety of products.” The Board agreed with petitioner and ordered that the registration be cancelled due to lack of the substantial exclusivity required for acquired distinctiveness. RTX Scientific, Incorporated v. Nu-Calgon Wholesaler, Inc., Cancellation No. 92055285 (May 29, 2015) [not precedential]. 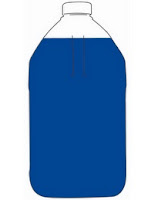 To satisfy this initial burden, the party seeking cancellation must “present sufficient evidence or argument on which the board could reasonably conclude” that the party has overcome the record evidence of acquired distinctiveness – which includes everything submitted by the applicant during prosecution.


If a prima facie case is made by petitioner, the burden of producing additional evidence shifts to the registrant. The Board must ultimately decide, based on all the evidence, whether petitioner has met its burden of persuasion.

Here, Petitioner RTX Scientific met is initial burden of establishing a prima facie case that the registered mark had not acquired distinctiveness at the time it was registered in December 2010 (and never did acquire distinctiveness). At least six other companies were offering blue "cleaning preparations for air conditioning or refrigeration coils" at the time the registration issued. "In other words, Respondent's mark is not distinctive."

Respondent Nu-Calgon's evidence did not overcome this prima facie case. Although Nu-Calgon distributed some "look for" advertising touting the color blue, its other evidence was "underwhelming." Its use of the color blue for more than 20 years, coupled with a "handful" of witnesses who submitted affidavits during prosecution or testified at trial, were insufficient when the undisputed evidence showed that color is commonly used in the HVAC chemical industry, and that the color blue is commonly used for coil cleaners. 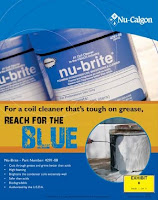 Nu-Calgon argued that the other users of the color blue were infringers, and that actual confusion demonstrated that its mark had acquired distinctiveness. It is true, the Board noted, that use need not be entirely exclusive and that "inconsequential or infringing" uses do not defeat a 2(f) claim. But here the third-party uses were significant. And although Nu-Calgon sent cease and desist letters in 2011, it never took action against those companies in the ensuing four years. Finally, as to the alleged "actual confusion," the evidence merely showed that consumers were aware that blue coil cleaners were available from multiple sources.

And so the Board concluded that RX Scientific had satisfied its ultimate burden of persuasion by proving that Nu-Calgon's use of the color blue for coil cleaner was not "substantially exclusive," and that the mark did not acquire distinctiveness either prior to registration or afterward.

The Board therefore ordered that the registration be cancelled.